The class learned about John Deere tractors and trailers, and combine harvesters. One child gave a safety advisory to the children, explaining that they should not go in front of combine harvesters or else they would end up being chopped up.
We have learned a lot about children’s pets and now know which cats to stroke and which ones to avoid stroking.
We had a very detailed show and tell about Pepper Pig World and many of the children expressed a wish to go there. It looked a very fun adventure park to go to.
We were shown in detail how to build lego together by following an instruction booklet.
One child gave us a detailed itinerary of his day at Wembly Stadium where he watched Manchester United FC play Crystal Palace FC and win 2-1.
We have seen and been told about favourite toys and how they work.
The children demonstrated good listening through their questions and responses at the end of the show and tell.
I have been very impressed by the children’s confidence in speaking and how organised and detailed their talks have been. Well done to both the children and their families for supporting them at home. 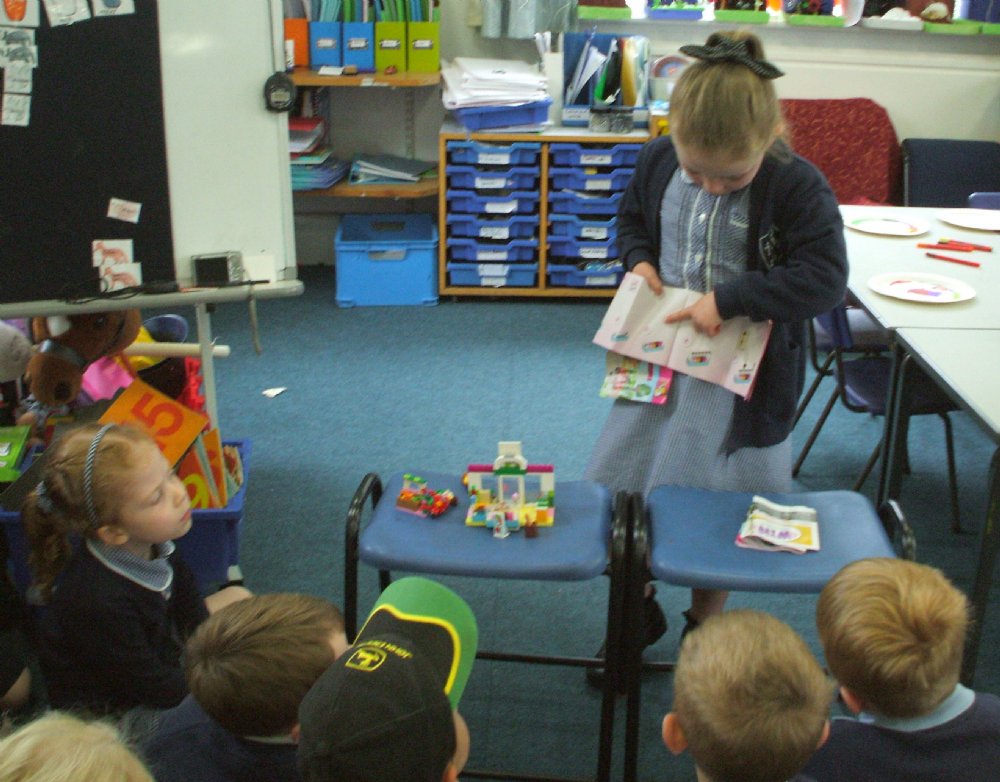